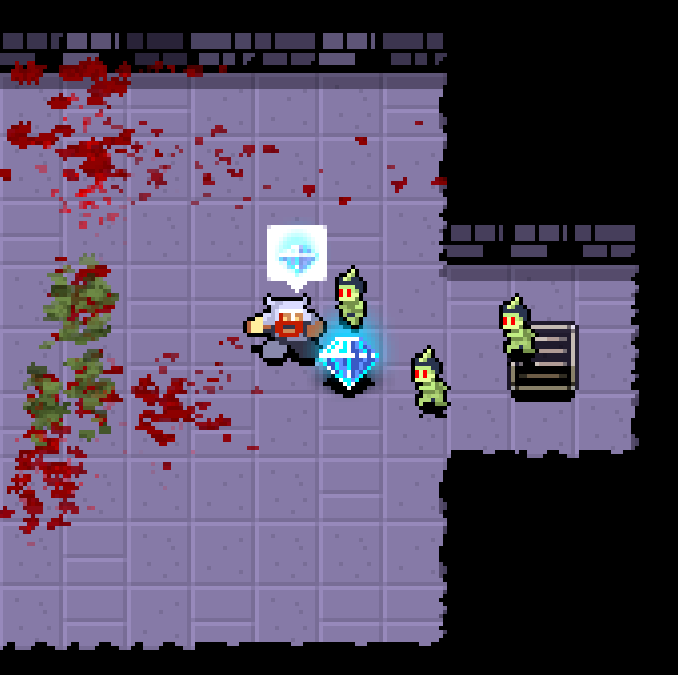 Fullscreen
GMTK jam 2020
“Out of control”

Dumber Dwarves is a dungeon crawler where you can’t control the adventurers directly and they are not the sharpest tool in the shed. Slap them or throw some meat on the battlefield to give your “instructions”.

Please note that there is no sound nor music in this game. Didn’t have time :)

The game first started as a god game where you were to teach humans things by only slapping them. So, if a disciple was picking up some food for example, slapping him would teach him to avoid food (ie. “god thinks food is bad“). Problem was: a disciple who learn something tends to repeat the concept on its neighbors. So, someone who thinks food is bad will also slap other disciples picking it. It was even possible to slap someone slapping, so it would teach that slapping someone was bad. And so on :)

It was a funny little prototype, but too sandboxy to actually become an interesting jam game. Maybe with some extra work, but definitely not in 48h.